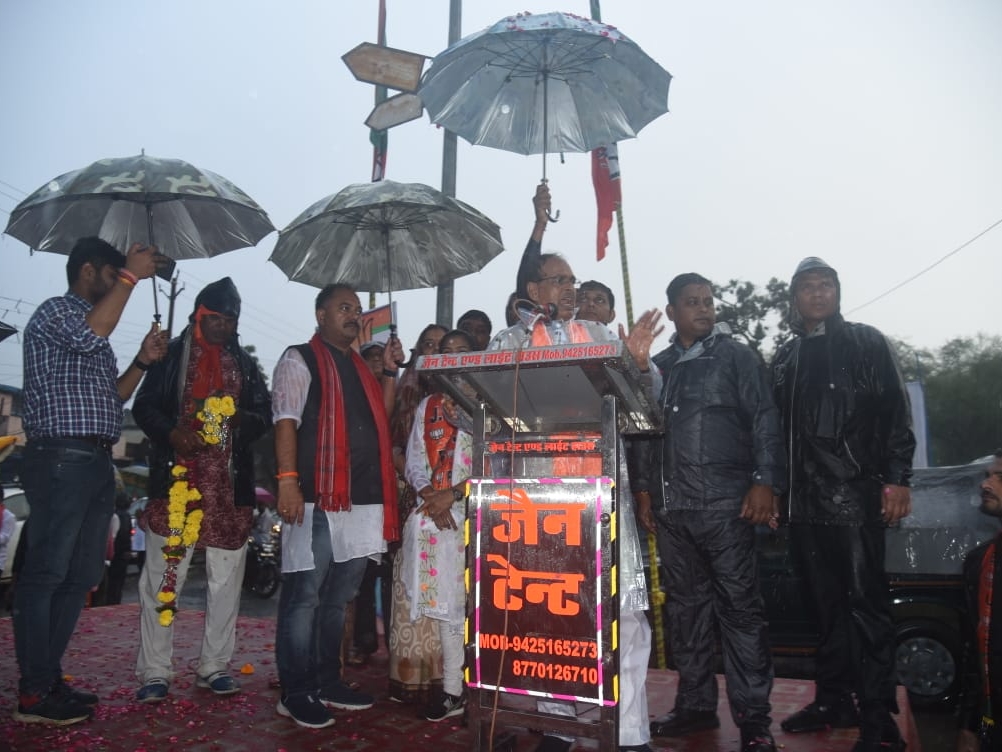 Chief Minister Shivraj Singh Chouhan reached Mandla on Friday evening. Where they held road shows and street meetings in support of BJP candidates in the urban body elections. The Chief Minister’s helicopter could not take off due to nightfall in Mandla events, so he left for Jabalpur by road.

Arriving amidst heavy rain, the Chief Minister started the road show from Maharajpur Helipad. Passed through the main highways of the city. Meanwhile, he addressed street corner meetings in support of BJP candidates at Bajrang Square, Lalipur Chowk, Uday Chowk and Budhwari Chowk.

Salutations to the martyr

After reaching Uday Chand Memorial at Uday Chowk, Chief Minister Chouhan laid flowers on the statue and started the meeting by meeting the martyr’s family. He released BJP’s Sankalp Patra and presented a road map for the development of the city.

Announcements of the Chief Minister

He talked about saving the city from flood water by arranging trenches in the city. At the same time, he announced a plan to expand the ghats of the Narmada river. He said that Raja Hardiya Shah Medical College will be constructed in Mandla and its Bhoomi Poojan will be done soon. The Chief Minister announced the construction of a new national highway and bypass through Mandla-Dandori. Along with this, he said to fulfill the resolution of Clean Narmada, Green Mandla, Clean and Beautiful Mandla.

Taking a dig at the current situation of the Congress, he said, “Look in Goa, Maharashtra, people are running away from the Congress.” He said that the condition of Congress has become such that thousands of pieces of its heart have fallen, some have fallen here and there. Chief Minister Chauhan said that the pieces left here and there will not be able to develop Mandla. Along with this, they also targeted Rahul Gandhi’s Bharat Jodu Yatra.