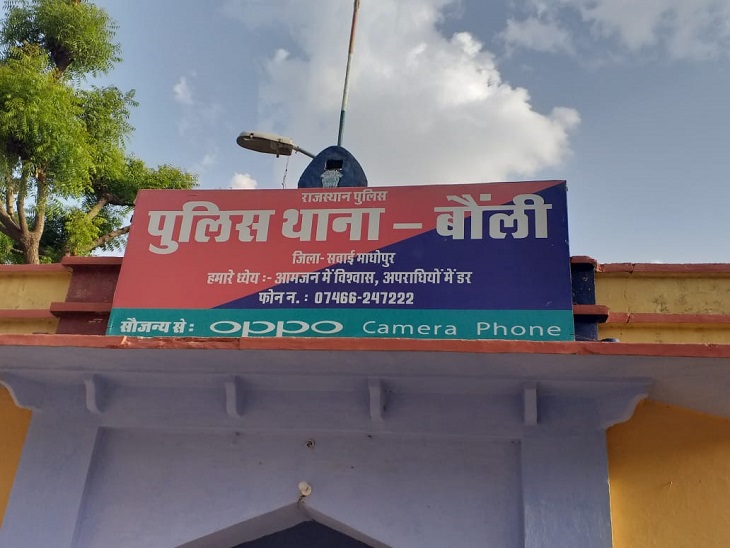 A case of honey trap has come up in Bauli police station area. Bhagavan Saini son of Sitaram Saini, a resident of Bhagavatgarh, has filed a report at Bavanli Police Station. Currently, the police have registered a case of honey trap and the matter is being investigated.

In the report, Bhagwan Saini said that on August 14, 2022, he was working at a steel furniture shop in Sawai Madhopur. Then the calls started coming continuously from a number and a girl Manisha wanted to talk to him. He was a bit busy at the shop which is why he didn’t talk to her but after some time the girl called again and introduced herself as her acquaintance.

Bhagwan said that on August 17, 2022, accused Manisha called Boli to meet him. After that, the two continued to talk on the phone. On August 19, Manisha expressed her desire to be with God over the phone. Believing in Lord Manisha, he left for Bauli on 20th August in the morning where he found accused Manisha near Bauli bus stand. After which God left for Navai by bike. Meanwhile, 4 people armed with a Swift Dzire car and a bike parked their car and bike in front of their bikes at a secluded spot in Gungwara village, 7-8 km from Bawnli. The four accused forced Lord Saini into the car and beat him with a homemade pistol and demanded Rs 15 lakh. After which an agreement was made for 5 lakh rupees.

Lord Saini took Rs 2 lakh from his friend Yasar Pathan resident of Surwal. After which the accused left Bhagwan Sini. Along with this, he said to give the remaining 3 lakh rupees in a month. Meanwhile, the accused also made an obscene video of Bhagwan Sini with Manisha and threatened to make it viral. However, the police have registered a case under various sections against Manisha resident of Kodai, Mukesh Kumar Meena resident of Gadota, Lala Meena resident Dewata, Kaluram Prajapath and Manraj Meena.