The office workers commended the queue to pay their respects to the Queen.ATN News 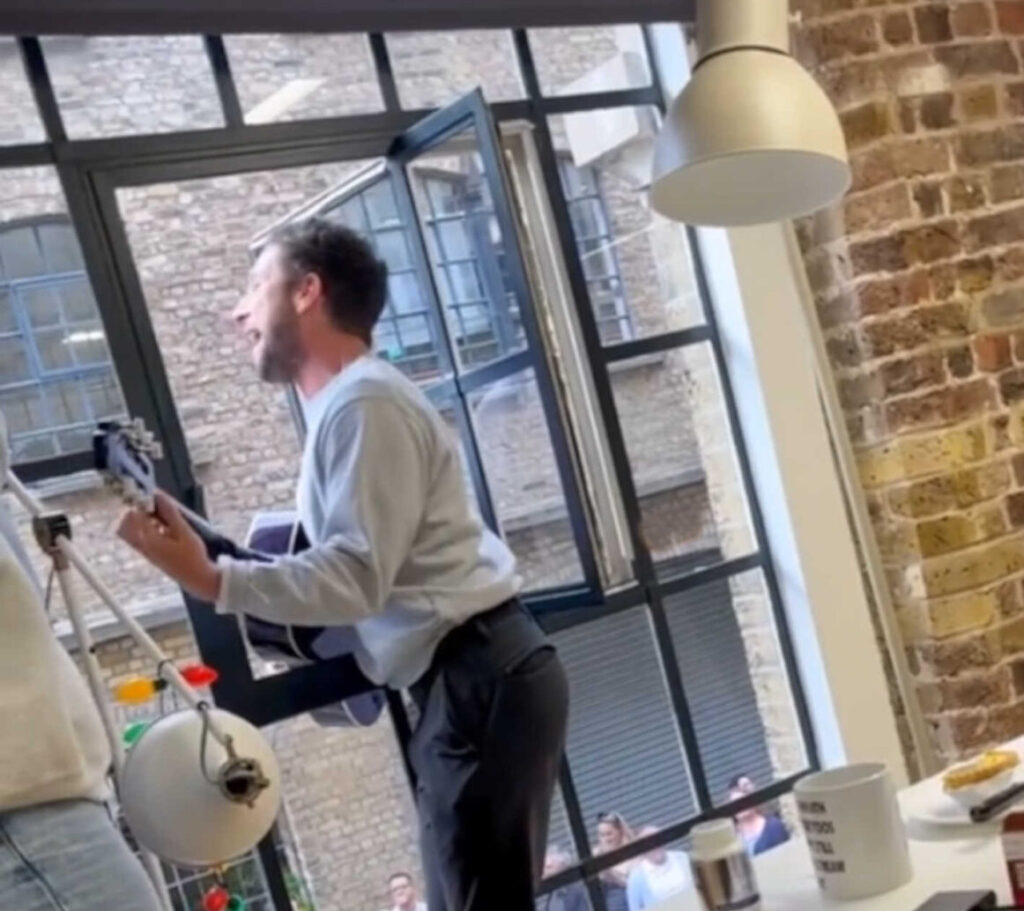 A group of office workers have been credited with entertaining mourners in queue for the Queen in state over the weekend, handing out G&T and playing oasis music from their windows.

Adam Williams plays guitar and sings to people queuing outside the company office. Next to Tower Bridge in London from Thursday to Sunday

The 31-year-old co-founder of sustainability platform WherefromUK was photographed leaning against a window to perform Oasis’ Don’t Look Back in Anger amid a crowd of cheers and applause.

His colleague Bertie Calvert was filmed poking his head out the window and asking people: “Does anyone want a gin and tonic?”

He then showed off the cans to the happy members in public who were delighted with the kind gesture.

Another clip shows Adam asking the masses about the type of taxidermy they thought he was carrying. before revealing that it is a larch

Bertie, meanwhile, was shown to be involved by making the crowd talk, asking if they would be wearing unusually tall Crocs.

He then distributes another can of alcohol to the willing recipient before the clip ends.

The video was posted on WherefromUK’s company TikTok page on Sunday, writing: “Having people queuing up to have fun watching the Queen.”

Over 2,000 people commented after being impressed by the office workers and their caring demeanor.

One said: “I was in the queue when this happened, you were amazing.”

Another wrote: “Oh, you guys are legends.”

The third added, “God save the old man at the end who wanted to drink. but then pointed to that woman instead. Sacrifice King I hope he gets it!”

The fourth replied: “We were there when you threw the drink away. It was such a fun and lovely thing to do. Thank you.”

Adam said today: “The queue started on Thursday and happened to go outside our office.

“They really like it. You must think these people are stuck in queue for hours bored ss so they are excited to be entertained by something other than their phone.

“There is something very beautiful that brings people together.

“We gave out gin and tonics. Sustainable energy drinks and chocolate bars.”

Glasgow Crime Stories: The Death of Dorothy Niven and the...

6 special trains will be operated from September 25ATN...

India’s bold response to Pakistan on Kashmir issue..Praise to Indian...