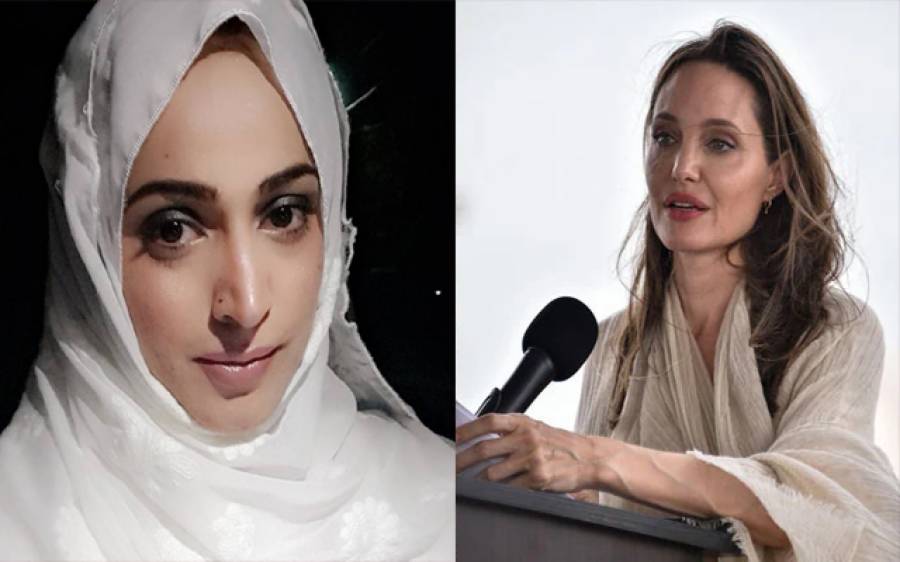 Web Desk: A post in praise of Angelina Jolie has been shared by Noor Bukhari, a well-known senior actress who has said goodbye to showbiz for religion.

The actress has shared a story on her social media account Instagram in which Noor Bukhari has written that Angelina Jolie is feeling strangely embarrassed to see her in her country. Noor Bukhari has criticized the artists of his country and said that our so-called actors who are dancing in every shopping mall and every street to promote their films are nowhere to be seen, except Hadiqa Kayani and Resham. Stop following fake actors. It should be noted that the world famous Hollywood actress and United Nations Special Ambassador Angelina Jolie arrived in Pakistan on September 20 to help the flood victims.

Angelina Jolie, who is in Pakistan, is reviewing the ongoing activities of the United Nations High Commission for Refugees to deal with the disasters of monsoon rains and floods in Pakistan.

Yesterday, during a press conference, Angelina Jolie expressed her grief and regret over the situation in the flood-affected areas in Pakistan. She said, “I have been to Pakistan many times before, but I have never seen such a bad situation before.” He said that ‘for the first time, Pakistan came to Afghanistan inspired by the generosity of the people here’.

He added that ‘it has often been seen that countries which do not have enough resources but still help more than many other developed countries’.