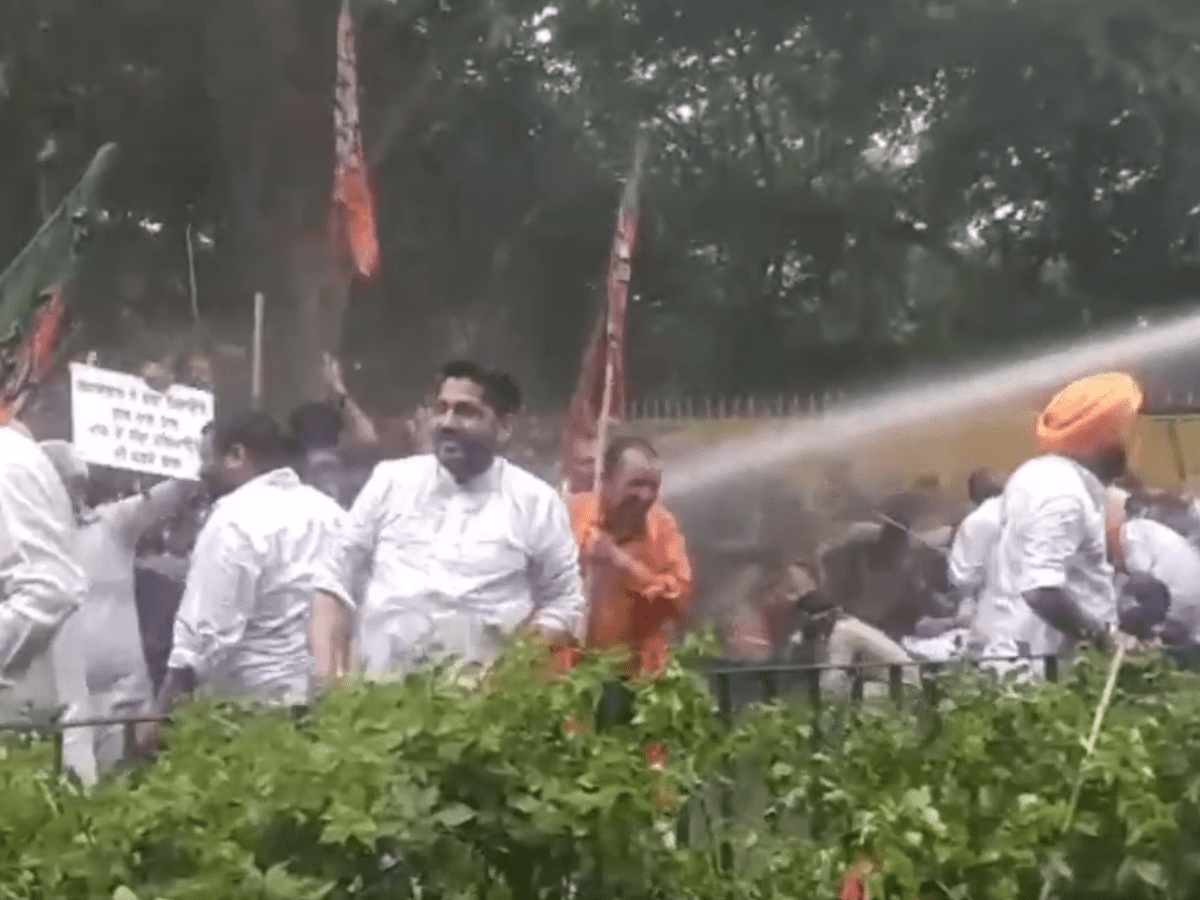 Alleging that the 6-month-old Aam Aadmi Party government has failed in all sectors, the Punjab BJP has announced to ‘kerao’ the CM’s official residence.

The police set up barricades to prevent the protesters from going towards the Chief Minister’s residence. When the BJP tried to forcefully bypass the barricades, the police used water cannons. Subsequently, the police arrested the BJP leaders.

Speaking to reporters, Ashwani Sharma said that the BJP will expose the failure of the AAP government in all sectors in the state.

The government has failed to fulfill election promises like Rs 1,000 per month for women. The problems of the public could not be resolved,” he said.

Sharma alleged that the Mann government was only trying to “please” Arvind Kejriwal and was not addressing the burning issues of drugs, corruption and deteriorating law and order in Punjab.

He said protesting is our democratic right and no water cannon can stop BJP from raising public issues.

Earlier, Sharma had alleged that the AAP government had failed to fulfill the expectations of the people.

He said that as the government is running away from its responsibilities, people are now regretting voting for Aam Aadmi to solve their problems.

A young man has been charged with 14 counts including...

After the rupee reached 81.09 per dollar, the finance minister...

Industrialist Mukesh Ambani met Eknath Shinde, what is the exact...

Even the poorest of the poor people have become immensely...

Azad’s new party will be unveiled tomorrow! Will talk...