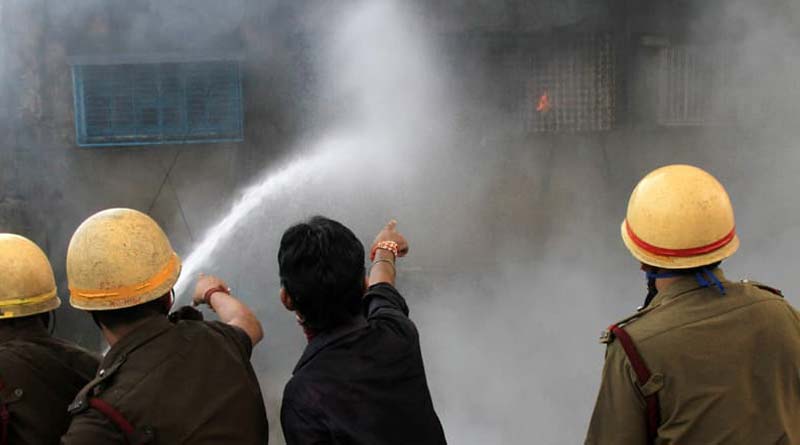 Arnav Ich: A devastating fire in a lorry parked at Beleghata. The whole lorry burst into flames. Within moments, three lorries standing in a row caught fire. 5 fire engines at the scene to bring the situation under control. The work of bringing the fire under control is going on during the war.

It is learned that there is a petrol pump in the ice factory area of ​​Beleghata. The lorry stands there all the time. The lorry, which was parked there, caught fire around noon on Friday. The whole lorry burst into flames. The area is covered in black smoke. The incident naturally caused a stir in the petrol pump premises. The news was given to the fire department. Meanwhile, two more lorries next to the fire truck caught fire before the fire engine reached the spot. Five engines of the fire brigade went to the spot and started wartime activities to control the fire.

Upon receiving the news, Belghata MLA Paresh Paul went to the spot. He inspected the scene. According to the latest news, the fire came under control. However, the cause of the fire is not yet known. Fire officials said it was not possible to determine the cause of the blaze until it was extinguished.

Get all the news updates in News Daily

Instead of liberating the country from poverty, political parties are at odds with each other, Prime Minister ATN News

Investment Report on Dhar Bus Accident | Lack of cross barrier on the bridge and friction strips on the road became the reason...