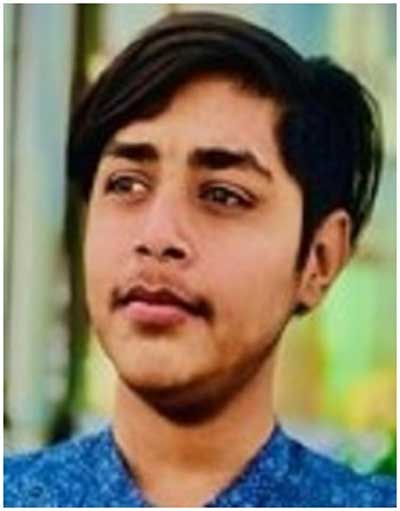 Inflation is one of the dangerous problems facing the entire world. It generally refers to a continuous increase in the prices of goods and services in a state. Once a state is caught in inflation, it is not easy to get rid of it. Pakistan is also facing this critical problem, people’s purchasing power has reduced so much that they are not even fulfilling their needs. In extreme cases, people attempt suicide and many reduce their food consumption.
The current rate of inflation is 27.3 percent and the inflation rate is increasing by 4.3 percent every month. There are many main reasons that led to high inflation in Pakistan, among them natural and man-made epidemics, floods, population, corruption, national debts, high import rate, unemployment, improper budget distribution and tax reduction.
After partition, Pakistan was known as one of the best economic countries and was a well agricultural and industrial country. Pakistan was a role model for other developing countries. In the 1960s, Pakistan extended loans to other countries. Then there was no problem of inflation.
In 1973, due to poor governance by the PPP government, oil prices skyrocketed and Pakistan’s inflation rate reached 11.7 percent. Then General Ziaul Haq improved Pakistan’s economy by imposing martial law, which reduced the inflation rate to 7.5 percent in the 1980s.
In 1988, general elections were held and both Benazir Bhutto and Nawaz Sharif played musical chairs. During this period Pakistan became a member of the Structural Adjustment Program (SAP) of the International Monetary Fund (IMF). Due to IMF’s SAP, Pakistan’s economic growth rate fell to 3 to 4 percent, poverty level increased to 35 percent, external debt increased and inflation rate reached double digit.
In 1999, Pervez Musharraf took control and imposed martial law. The period from 1999 to 2007 was a period of magical economic growth for Pakistan. GDP increased from 2.1% to 7% during this period. Inflation eased from double digits to 5.5 percent. During this period foreign investors showed interest to invest in Pakistan. After that PPP came back to government from 2008 to 2013 which made it challenging for PPP to keep the same conditions of economy and inflation. But unfortunately, the PPP government failed to sustain the momentum, resulting in the highest inflation rate (20.3%) in history. This period was considered the worst period in history in terms of bad governance, tax reforms and corruption.
After that PML-N came to power in 2013. During this period, the inflation rate decreased but was not enough according to the international market. During this period, the ratio of credit loans was the highest in history. The unemployment rate was 3.8 percent, the highest in history. Then in 2018, PTI took control and GDP decreased from 5.83% to 0.98% and inflation rate increased from 3.92% to 7.33%. The cause of high inflation in Pakistan is the pandemic of Covid-19 which paralyzed the entire world and the inflation rate of the entire world was at its peak.
In May 2022, the opposition party (PML-N) moved a no-confidence motion against the PTI, returning the PML-N to power. Soon after the PLM-N came to government, the rate of inflation has been rising even faster. Last month, food prices rose by 90 percent and petroleum prices by 150 percent over last year, according to the Pakistan Bureau of Statistics. However, a barrel of petrol in the international market is now cheaper than last year. Also, the country has suffered from severe inflation due to failure of government planning due to heavy rains and floods, people are not even meeting their food needs and they have cut their children out of school to work.
From the above, we have concluded that inflation is a major problem that damages the GDP and halts the economic growth of a country. After independence, Pakistan was one of the most economically developed countries, but since the 1970s, Pakistan’s economic growth has been declining and inflation rates have been rising due to corruption, tax reforms, national debts, and unemployment.
To reduce inflation, the government must impose taxes, which will help reduce demand and lower the prices of goods and services. The government should not take many loans from the international community, i.e. the IMF, which would be one of the best ways to reduce the inflation rate.
Government should increase the ratio of exports over imports to help economic growth. The government should also increase the employment rate. Corruption is a dangerous factor in increasing the rate of inflation, so the government should create secret societies to reduce the corruption of lower officials.

New Rules from October 1st: Did you know.. these changes...