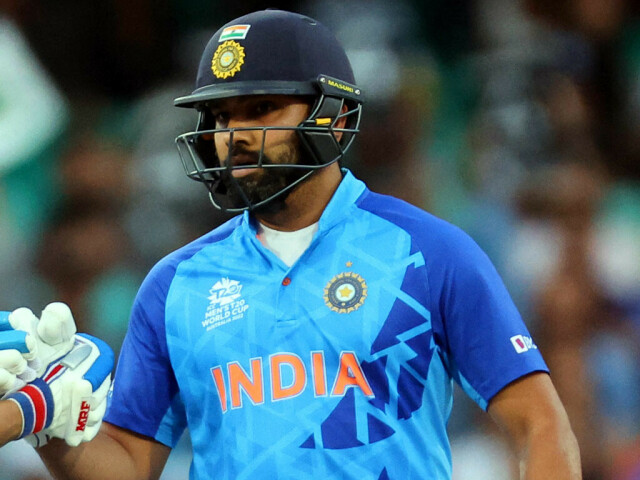 MELBOURNE: India captain Rohit Sharma won the toss and elected to bat against Zimbabwe in the final group game of the T20 World Cup in Melbourne on Sunday.

The top-ranked Indians have already qualified for the semi-finals after Netherlands beat South Africa earlier.

A win in Adelaide on Thursday would see them top Group 2 and face Group 1 runners-up England.

If they lose, they could finish below Pakistan in net run rate and meet New Zealand a day earlier in Sydney.

Zimbabwe are unlikely to make the semi-finals, but a win will secure a top-four spot and automatic qualification for the next T20 World Cup.

Munugud bypoll result: TRS leads in sixth round as well...

Fawad Chaudhary’s statements on Election Commission audited, he announced that...

2 people died in the earthquake in Iran, more than...

10 children died after the boat sank in the dam...

After the historic defeat in Gwalior, another setback for the...

Government has increased the price of petrol, diesel by Rs...

You must call me a Hindu Kerala Governor Arif Mohammed...

The number of positive cases of Corona has started to...

The bad news for the people is the increase in...

Finance Minister Ishaq Dar has announced an increase in the...