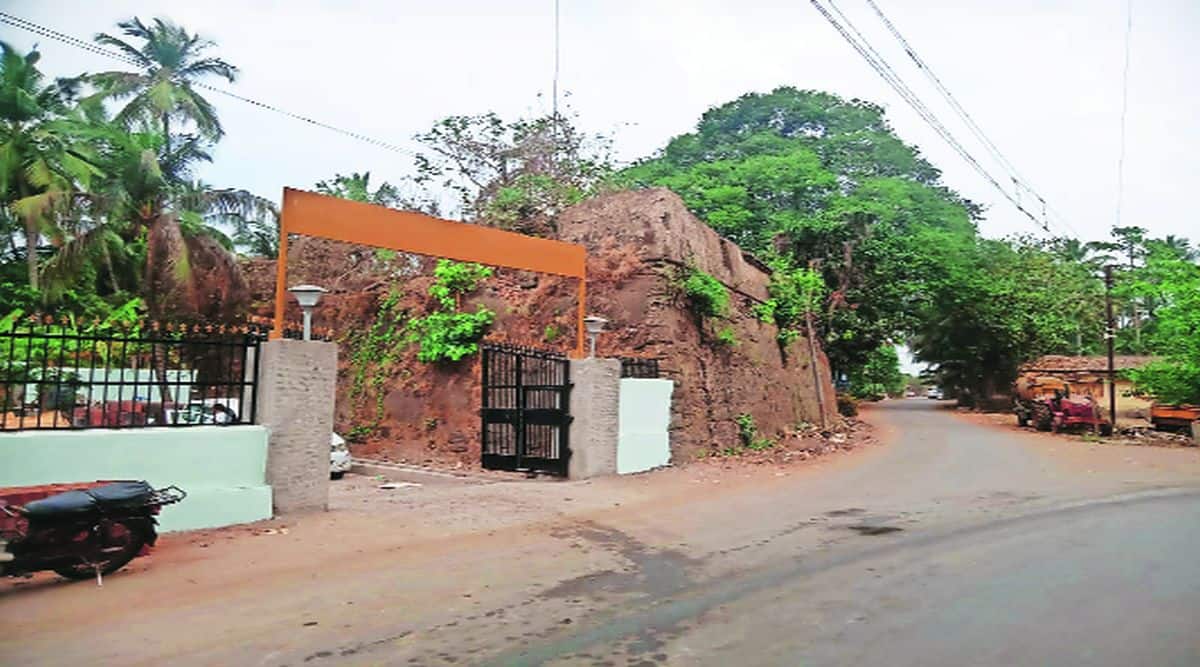 The historical watchtowers of Kelwe Province were fenced under the Office of the Superintendent of Customs, Customs Office, Kelwe. In this regard, even after the history buffs protested against this work and followed up with the collector’s office, the standing tower is still fenced. Due to this, historical places in Palghar district, memorial places like Gadkot, Murti Vaibhav etc. have become a topic of discussion as they are abandoned and neglected.

Gadkot, which bears witness to the historical Armari period in the Kelve area, has not been protected in any way and is on the way to extinction due to human and natural encroachments. The Kot known as Kelve Custom Kot in Durgamitra list is locally known as Kelve-Danda Bay Watchtower. Last 10 days, iron wire and new brick construction has been added to the historical monument ruins of Kelway Customs Coat 1 under ‘Sima Shulk Niwarak Adhikshaka Office’ (Customs Office Kelway). This work, carried out in a very irresponsible manner without any awareness of archaeological regulations, is making the original appearance of the historical monument very ugly.

Due to this new construction, the path around the Vaastu has also been closed. In January and March, some other newspapers including ‘Loksatta’ had published detailed news details about this. Also, on March 23, Durgmitra had sent hundreds of complaint e-mails to the Chief Minister’s Office, Deputy Chief Minister’s Office, Culture Minister, Collector’s Office, State Archaeological Department, Police Administration etc. It is clear that even after completion of six months, the concerned department has not taken any cooperation and measures. Considering the overall situation, it is the need of the hour to register a protest under the silent movement, Durgmitra organizations have opined.

We are trying our best to preserve the Gadkot which is a testimony of Armari Parva in Kelve area, the concerned administration must cooperate to preserve the original form of Kelve Danda Bay watch tower. –Yogesh Palekar, Head, Conservation Mission Kelway

All the Durgamitras are committed to preserve the original nature, archeological glory of Gadkot. A public protest and a silent march will soon be organized regarding the abandoned fence of the historical watchtowers of Kelway province. -Sreedutt Raut, Head, Fort Vasai Mission