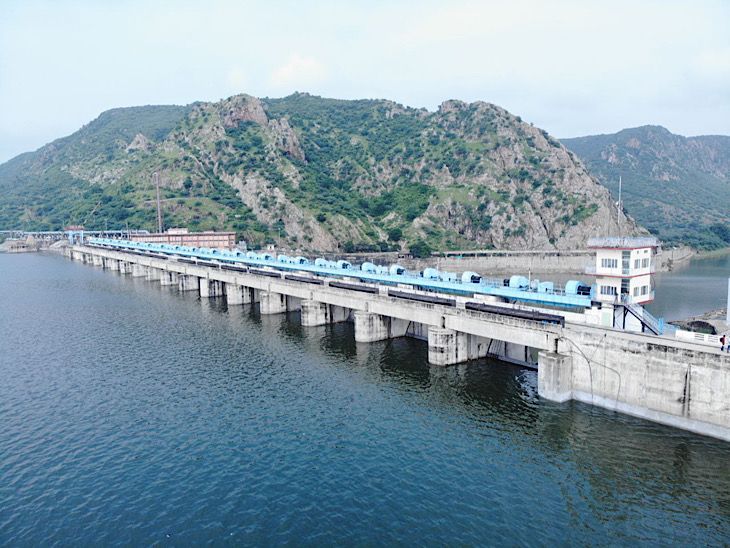 Vasudev Devnani spoke to the minister on the drinking water issue of Ajmer in the Assembly.

Former Education Minister and current Ajmer North MLA Vasudev Devnani is serious about the drinking water crisis in Ajmer. MLA Devnani also spoke to the Water Resources Minister of Rajasthan Government during the assembly in this regard. He not only apprised the water supply minister Mahesh Joshi about the problem of drinking water of the people of Ajmer but also demanded to solve this serious problem as soon as possible.

Briefing the Water Supply Minister, Devnani said that there is a serious drinking water crisis in Ajmer due to the inaction of the government and department officials. Consumers have to wait three to four days for drinking water. Drinking water is not available in the city even at a distance of 24 hours and 48 hours. Water is available in 72-96 hours. There are some colonies and villages where the water is getting very less and less fresh in 5-6 days. Devnani said that the situation in wards 1-16 and wards 60-80, drinking water is not available even in 72-96 hours in most of the colonies. In many colonies, there are frequent complaints of dirty drinking water coming here due to long break. In some areas, even after a long gap of 5-6 days, supply of drinking water for only 30 minutes, that slowness is also a major problem.

Drinking water comes from taps at such a low pressure that people are not able to fill water for the next three days. Village Boraj, Kazipora, Hathi Kheda and Kharekhadi, Lohagal and Makdwadi rural areas are getting water supply at intervals of more than 96 hours. Even after informing the officials of the department several times about the problem, the lice are not crawling on their ears. The government is also not showing seriousness regarding the construction of the third phase of Besalpur Dam. The government has not even taken a single step to make any concrete plan in this regard. Devnani demanded the minister to take strictest action against the departmental officers who are negligent in providing drinking water and solving the drinking water crisis within 48 hours and within 24 hours in future.

MLA Vasudev Devnani said that Basalpur Dam was built for Ajmer, but Ajmer itself is dying of thirst.

Informing the minister, Devnani said that it is true that Basalpur Dam was built for Ajmer. Then it was hoped that Ajmer would get 24 hours water but the opposite happened. Ajmer, for which it was built, is dying of thirst and other districts are being supplied with abundant water daily. Ajmer is being treated like a stepmother, which has led to public outrage. Due to non-supply of water even in 48 hours in urban areas, people’s patience is running out.

prajakta mali, once again in the place of bliss, says...

The Indian youth kissed the ‘King Cobra’ to become a...