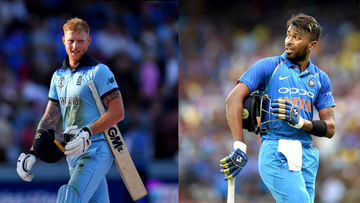 Hardik or Ben Stokes is the best all-rounder in the world.

Hardik or Ben Stokes the best all-rounder in the world?

Hardik Pandya (Hardik Pandya) has won the hearts of fans with his all-round play. Asia Cup (Asian cup 2022) Hardik Pandya also performed well in some matches. They have the power to win single-handedly. At the same time, the IPL held in India (IPL 2022) He was also leading in the cricket competition. He has fans all over the country as his game is very beautiful.

Two days ago when Team India played their first match against Australia in Mohali. At that time, Team India had made a huge score of 208. Hardik Pandya had the biggest partnership in that match, so he is expected to do well in next month’s World Cup in Australia.

Hardik or Ben Stokes is the best all-rounder in the world. The comments of fans from both sides are being read on social media.

Interestingly, former Pakistan captain Rashid Latif has openly expressed his opinion on this issue on his YouTube channel.


Hardik Pandya has played a good innings so far. Ben Stokes has also won the World Cup for his team. Along with this, many Tests and Cups have also been won. So it is said that it is not right to compare him with Hardik.