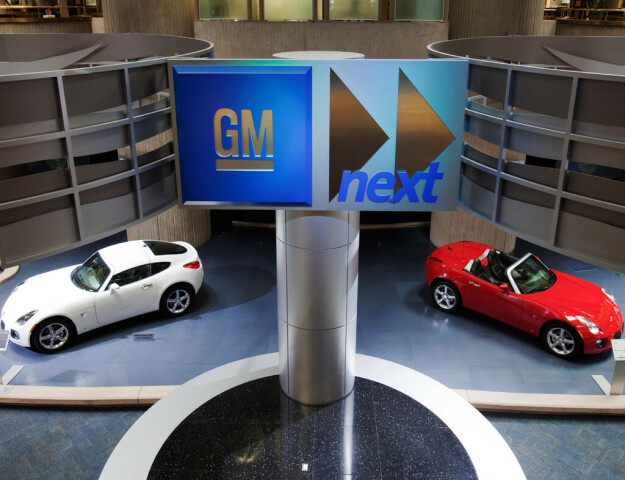 General Motors Co outpaced Japanese automaker Toyota Motor Corp in the U.S. in the third quarter, data showed on Monday, but analysts and investors worry that a bleak economic picture could lead to a drop in future car sales.

GM sold 555,580 vehicles in the quarter through September, up 24% from last year when inventory shortages hit sales. Toyota’s sales fell 7.1% to 526,017 vehicles in the same period.

The Detroit automaker said it will increase production of its Chevrolet Bolt electric models in response to high demand.

So far, a shortage of cars due to supply disruptions, combined with a desire for personal transportation, has seen consumers willing to spend more money, often protecting the profits of automakers and auto dealers who have retreated to discounts.

But analysts now warn that demand could slow in the coming quarters as rising interest rates discourage consumers from paying more for cars and trucks in the coming months.

Used car dealer CarMax Inc sounded the alarm on Thursday that customers are starting to pull back from big-ticket purchases due to decades of high inflation.

Shipping finished vehicles to consumers was another headache for the industry this quarter. Shares of Tesla Inc fell on Monday after it sold fewer vehicles than expected in the third quarter and production lagged due to supply constraints.

“We’re paying close attention to how the industry will respond to these concerns. Perhaps more incentives, longer financing terms or a combination of these,” said TrueCar analyst Zach Grell.

GM’s sales numbers failed to make a dent in its shares, which rose 2.6% in morning trade.

The automaker said it plans to increase calendar-year production of both the Chevrolet Bolt EV and Bolt EUV for global markets from 44,000 vehicles in 2022 to more than 70,000 in 2023.

As officers in the Punjab civil secretariat, people suffer regular...