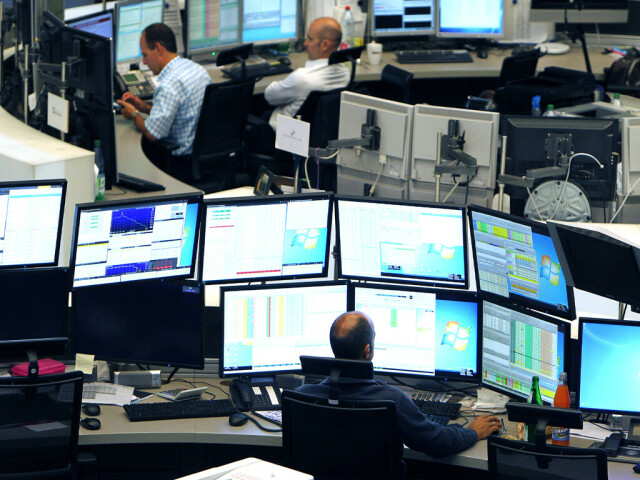 European stocks got off to a positive start to the final quarter of the year on Monday, as a slew of bleak economic activity data helped ease some jitters in the pace of central banks’ monetary policy to curb inflation.

The regional STOXX 600 index closed the previous session’s losses up to 0.7%, after data showed manufacturing activity across the euro zone fell further in September, hurt by a growing cost-of-living crisis and rising energy prices.

The latest Treasury forecasts showed Italy’s economy likely contracted in the third quarter, while manufacturing activity in the United States grew at its slowest pace in nearly 2-1/2 years in September as new orders shrank. materials.

“The market is realizing that a recession is on its way (in Europe). The manufacturing numbers suggest the same is true for the US, which means the central bank, which was very hawkish at one point, may have to signal a slower pace going forward,” said Andrea Scicione, head of research at TS Lombard.

The STOXX index has fallen nearly 20% so far this year as the region is gripped by an energy crisis fueled by the Russia-Ukraine conflict and hawkish signals from the US Federal Reserve and other major central banks.

“The biggest driver of equity performance so far this year has been tight financial conditions. So any indication that the terminal rate doesn’t have to rise further than it already has is good news for the market,” Siccione said.

London’s blue-chip FTSE 100 and mid-caps index pared earlier losses of 0.2% and 0.7% respectively, as the pound rose after the UK government reversed its controversial tax cut plans that wreaked havoc on markets last week.

Most of the STOXX 600 subsectors were led by 3.1% higher in energy stocks, boosted by a rise in oil prices due to the threat of OPEC+ supply cuts.

Value stocks such as telecom and utilities also gained 2.4% and 2.3% respectively.

Credit Suisse fell almost 1%, reflecting market concerns about the Swiss bank finalizing a restructuring to be announced on October 27.

The United States has declared 4 leaders of the outlawed...