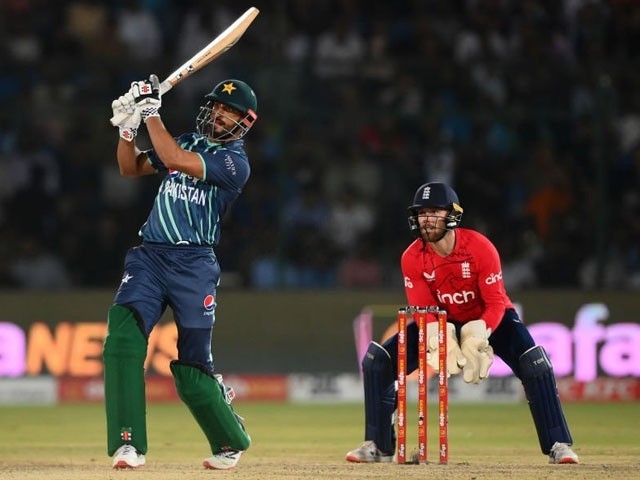 Karachi: In the third T20 match of the series, the guest England defeated Pakistan by 63 runs, the English team took a 1-2 lead in the series.

Chasing the target of 222 runs, Pakistan did not provide a good start and the opening four players returned to the pavilion with a total score of 28. After that, 62 runs were scored in fifth wicket partnership between Shan Masood and Khushdil Shah but here Khushdil Shah got out after scoring 29 runs.

After that, 52 runs were scored in the sixth wicket partnership between Shaan Masood and Muhammad Nawaz, but here Muhammad Nawaz returned to the pavilion after scoring 19 runs. Usman Qadir Safar and Haris Rauf were dismissed for 4 runs.

Pakistan team could only score 158 runs for the loss of 8 wickets in the allotted overs, the national team player Shan Masood scored 66 runs and remained unbeaten. This is the first half-century of Shaun Masood’s career in T20I, he made his debut in the series against England.

The fourth T20 of the series will be played on Sunday, September 25 at the National Stadium, Karachi.

When the English team started batting, opener Phil Salt scored 8 runs for 18 runs and was caught out by Mohammad Hasnain’s ball, while three players of the visiting team had returned to the pavilion for 82 runs. David Mullan scored 14 runs and Will Jacques, who joined the team in place of Alex Hales, scored 40 runs.

After the fall of three wickets, the middle order of the English team did the best batting. Batsmen Ben Duckett scored 69 and Harry Brooke remained unbeaten on 88, with a fourth-wicket partnership of 139 between the two players.

Pakistan fast bowler Shahnawaz Dhani proved to be the most expensive bowler, conceding 62 runs in his 4 overs and taking no wickets. Usman Qadir dismissed two players. 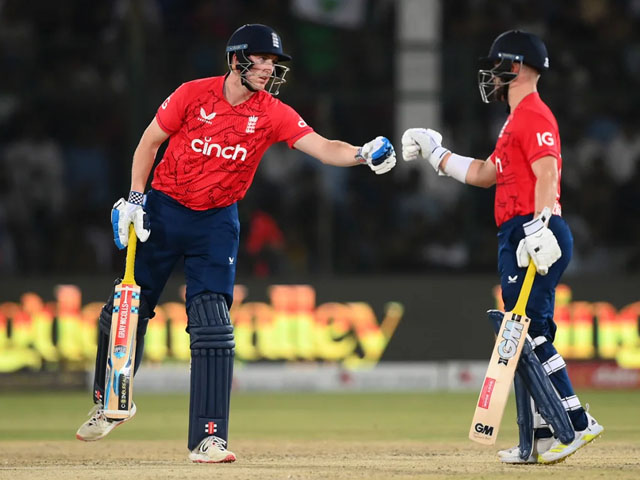 Babar Azam, the captain who won the toss, said that the pitch is looking good on which a target of 150 to 180 runs can be achieved, it is not easy to play two matches in a row. 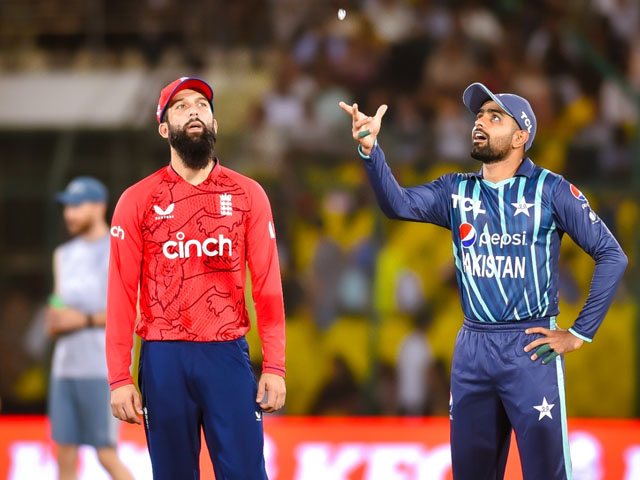 English captain Moeen Ali said that he used to bowl after winning the toss, but now he has to give a big target while batting first and get quick wickets for Pakistan.

It should be noted that Pakistan defeated England by 10 wickets in the second T20I.