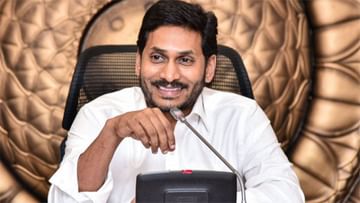 According to the notice, the commission said that any move to discredit the election process is undemocratic and in violation of the existing rules of the commission.

It is against the rules to maintain a permanent chairman.

Referring to the rules, the commission said that in such a situation it is against the guidelines to change the constitution of the party and keep the chief minister as the president of the party. A statement issued by the party on August 23 said that Jaganmohan Reddy has been re-elected as party president. However, it was not made clear that he would remain the chairman on a permanent basis.

The Election Commission says at least five notices have been sent to the YSRCP since July 19 but no response has been received. The commission said that in such a situation, it strengthens the belief that Reddy has been made the permanent president of the party. However, on 11 September, the party accepted that the allegations would be investigated internally.

It should be noted that on July 9 Andhra Pradesh The ruling party had changed its constitution. After this change, Jaganmohan Reddy was made the permanent president of the party. It is said that Reddy had also filed his nomination paper for the post of President, against which no party leader filed nomination paper. After that he was unanimously elected as the President.