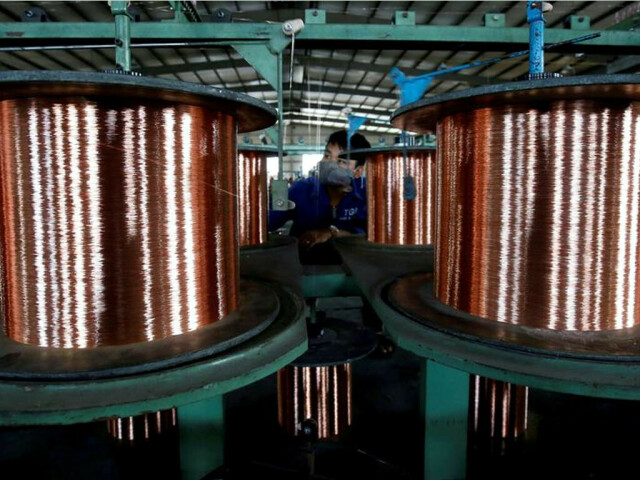 LONDON: Copper prices fell to a near two-month low on Friday on fears of a stronger dollar and further interest rate hikes on fears of recession-hit demand for the metals.

“The macro outlook hits industrial metals very hard. The main concern is that central banks will allow the economy to slip into recession in an effort to rein in inflation,” said Ole Hansen, head of commodity strategy at Saxo Bank in Copenhagen.

Other risky assets scrambled to sell after investors realized aggressive increases in U.S. interest rates would continue for longer than previously expected.

The dollar index rose to its highest level in two decades, making goods priced in the U.S. currency more expensive for buyers using other currencies.

However, tight supply and rising demand in China have supported metals prices recently.

But those upbeat elements were overshadowed by broader economic concerns, with rising LME copper stocks also dampening sentiment after rising more than a fifth in the past week.