After the floods in Pakistan, malaria has now become a problem, 71 lakh mosquito nets will be bought from India!ATN News 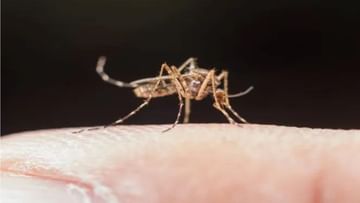 In flood-hit Sindh and Balochistan, 200,000 people have been infected with malaria in the last two months, of which 22 percent of the cases are of Plasmodium falciparum type.

Malaria has become a problem in Pakistan after the floods.

Pakistan After an outbreak of malaria government of Pakistan From India Permission has been sought to purchase mosquito nets from In flood-hit Sindh and Balochistan, 200,000 people have been infected with malaria in the last two months, of which 22 percent of the cases are of Plasmodium falciparum type. There is an urgent need for 71 lakh mosquito nets in 26 districts of Pakistan.

Diseases like skin infections, diarrhea and malaria are spreading rapidly in flood-affected areas of Pakistan. Officials said on Wednesday that 324 people have died because of them. Along with this, the Prime Minister of the country, Shehbaz Sharif, has said that the country is currently going through the most difficult period.

Millions of people displaced by the flood are living in the open and the flood water has spread for hundreds of kilometers. This may take two to six months. Standing water has caused serious health problems.

Displaced families have complained of being forced to cook and drink disease-ridden water due to Pakistan’s already weak health system and lack of aid. In such a situation, the authorities have also warned that if the necessary help does not reach, the situation may get out of control.

The country’s disaster management agency said on Wednesday that 555 children and 320 women were among the deaths due to diseases. However, these people are not among the 1,569 people who died due to the floods. The devastating floods affected about 33 million of the South Asian country’s 220 million population. Damage to homes, crops, bridges, roads and livestock is estimated at $30 billion.

Before this, 12 years ago i.e. in 2010, there was severe flood in Pakistan. During this period, 1,985 people lost their lives and more than 10 billion US dollars were lost. However, this year’s heat broke the record of the last hundred years, while the southeast province of Sindh received nine times more rain than the average.

prajakta mali, once again in the place of bliss, says...