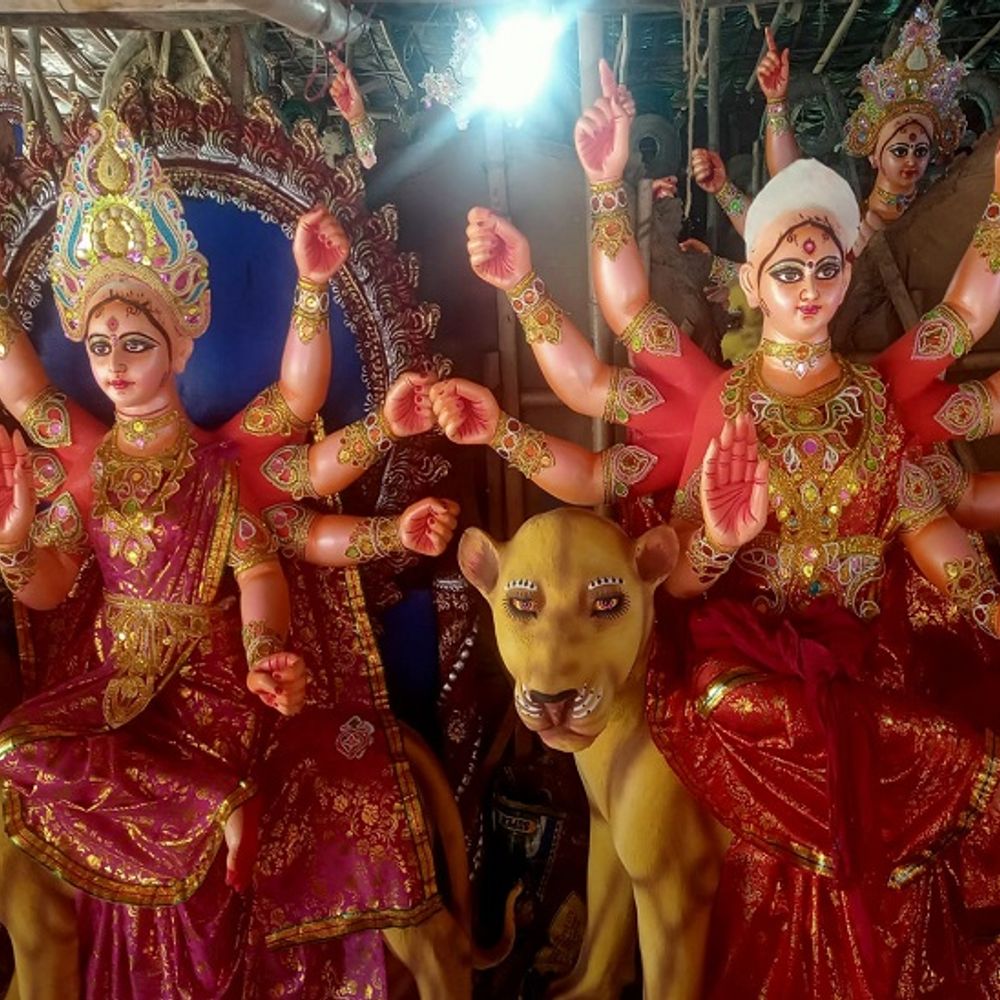 The idols of Maa Durga are being made by the artisans of Bengal.

In Sekar too, artisans from Bengal are busy making idols of Durga Mata day and night. With the establishment of Navratra on September 26, the artisans’ faces are lit up due to the booking of idols. In the era of Corona, the condition of artisans had deteriorated. If the idols were made during the time of the Qur’an, then the right buyer was not found. This time the artisans are working day and night after receiving continuous orders for the idols.

Idol making for Navratra in Sekar is in full swing. Artisans are working for 18 hours to make the idols. The artisans say that this is their ancestral work and it is this work that keeps their house running.

The artisans who make the idols of Maa Durga in Sekar are from Bengal. Therefore, idols are being prepared in the style of Maa Durga made in Bengal. The artisan says that this form of Maa Durga is in great demand. Artisan Sadhan Pal Bengali says that 4-5 months is the festive season. During this time they work together day and night. Currently, nine artisans are working on making the idols. Which includes idols of Lord Ganesha along with Durga Mata.

An idol ready in 5 days

Artisan Sidhan Pal said that the idol is first shaped from clay and wood. After drying for three days, makeup is applied for two days to beautify the idol. After five days, the idol is ready. He said that so far 72 idols have been made and bookings have been made. Along with this there are 72 idols of Lord Ganesha which are placed along with Maa Durga. He said that he has been doing this work for the last 25 years. Initially, the work was started with two artisans, but after the demand increased, now nine artisans are working on making the idol. The price of the idol is from five to fifteen thousand.

No sale during Corona period

Saaz said that he had to face a lot of problems during the corona era. Remembering that time, he panics as his work in Corona has come to a complete halt. Although a few idols emerged, they were insufficient. This time they are relieved to see bookings on Navratra.